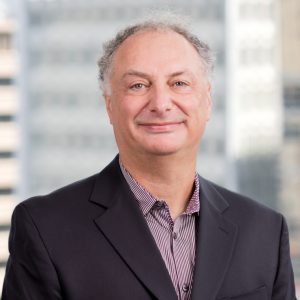 Partner, WilmerHale, and adjunct professor at the American University Washington College of Law

Bio:
Peter H. Meyers joined the law faculty of the George Washington University Law School in 1994. He served as Director of the law school’s Federal and Appellate Clinic and Vaccine Injury Litigation Clinic.

Professor Meyers has published articles on the constitutionality of pretrial drug testing and reform of the flaws in the Federal Vaccine Injury Compensation Program. He also served as a Designated Reviewer of nine publications issued by the National Academy of Sciences Institute of Medicine.

Professor Meyers has argued cases before many appellate courts around the country, including a landmark standing case before the US Supreme Court that established the right of people to sue the government for injuries to the environment. He has obtained reversals of murder convictions in several cases because of Confrontation Clause violations. He also served as Director of the Center for the Study of Drug Policy, and as Chairman of the Advisory Commission on Childhood Vaccines Workgroup of the U.S. Department of Health and Human Services.

After taking emeritus status, he continues to teach a class on Drugs and the Law at the law school, as well as teach in the Forensic Psychiatry Fellowship Programs at Saint Elizabeths Hospital and the George Washington University School of Medicine and Health Sciences.

Mr. Nahra will be speaking on the following panels: