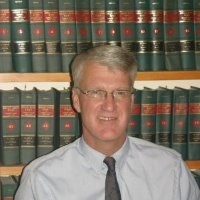 Attorney and author, “The Ethics of Advocating Against COVID Vaccine Mandates,” NYSBA.

Bio:
Michael Diederich has been practicing law since 1981, with extensive experience in state and federal courts, at both the trial and appellate level. He has won jury verdicts in employment law and civil rights law cases, and won significant appellate cases. He has waged legal battles against the largest corporations. He is admitted to the NY and MA bars, federal district court, the U.S. Second Circuit Court of Appeals, and the U.S. Supreme Court.

Mr. Diederich has recently retired as a retired Lieutenant Colonel in the US Army Reserves. He served as a member of the Judge Advocate General (JAG) Corps in Iraq (2004-2005), and in Afghanistan (2012), where he was awarded the Bronze Star Medal.

Mr. Diederich will be presenting on the ethics of representing vaccine-hesitant and antivaccine clients, and on the ethical issues of operating a law office during the time of vaccination mandates.

Mr. Diederich will be speaking on the following panels: