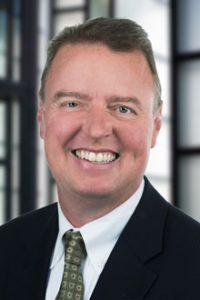 David A. Campbell is a partner in the Cleveland office of Lewis Brisbois and a member of the Labor & Employment Practice. Although based in Cleveland, David’s practice is nationwide. David represents clients in state and federal courts across the United States, including Ohio. In addition, he has represented employers in front of state and federal employment related agencies, including the EEOC, DOL, OSHA, NLRB and the OCRC. David’s practice extends across many industries and includes hospitals, manufacturers, retailers, restaurants, dental organizations, and all sizes of private organizations.

Finally, David has extensively litigated on behalf of employers in response to discrimination, harassment and other wrongful discharge claims throughout the United States. David has argued before the Ohio Supreme Court and the DC, First, Third, Fifth, Sixth and Eighth Circuit Courts of Appeal. David is an aggressive litigator. However, based on his continuing relationships with clients, David utilizes the defense of lawsuits and charges to counsel clients in strategies to avoid future claims and to better defend such claims if they arise.

Mr. Campbell will be speaking on the following panels: