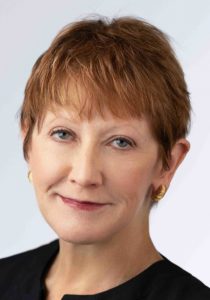 Bio:
Judge Susan G. Braden was appointed in 2003, by President George W. Bush, to the United States Court of Federal Claims which has exclusive jurisdiction over cases against the federal government arising from a variety of areas, including vaccine injury claims.  On March 13, 2017, she was designated as Chief Judge.

Since her retirement from the federal bench, she has been appointed as a Public Member of the Administrative Conference of the United States, a Fellow of the American Bar Association, and to the Board of Directors of privately- held companies in the software, artificial intelligence, and construction industries.

Judge Braden will be speaking on the following panels: